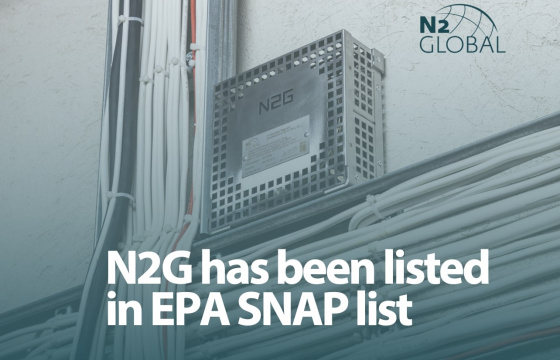 N2Global Ltd. is proud to announce that since July this year it has been registered as Acceptable in SNAP list of the United States Environmental Protection Agency (EPA). All substitutes in agents are reviewed and evaluated on the basis of environmental and health risks, including factors such as ozone depletion potential, global warming potential, toxicity, flammability, and exposure.

"This is an important step forward. The listing on the EPA SNAP confirms that the technology we have developed is fully compliant with world-accepted standards – it is safe and environment friendly. These criteria are among the most important assessed not only by international clients, but also by respected institutions involved in the further certification process of products,” explains Mikelis Lapse, CEO of N2Global.