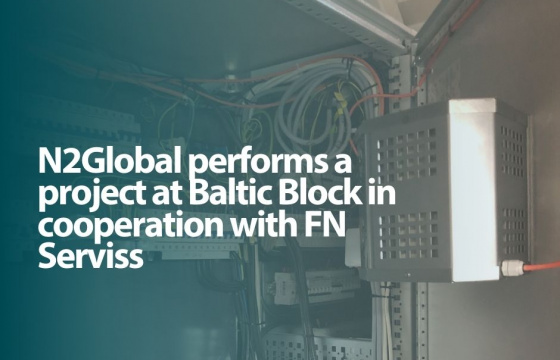 As of December, 2020, N2 Global has entered into an agreement with Baltic Block - one of the largest manufacturers of composite blocks in Europe. N2 Global equips the company's factory with its nitrogen fire suppression generators.

Baltic Block is one of the largest players in its field in Europe, and also has one of the most modern factories in the region. The company's production is a non-stop process throughout the year.

“It is for this reason that in order to protect investment, equipment and avoid production line down-time, fire safety must be given great attention. We are convinced that N2G generators are an excellent choice for the safety of such production facilities,” explains Mikelis Lapse, CEO of N2 Global.

As stated in the contract N2 Global installs a number of N2G Type 2.5 generators, which will be responsible for fire safety in production line control and electrical cabinets.

“Great attention has always been paid to fire safety, as there are several stages in the production process that involve high temperatures and flammable substances. Until now, we have taken care of fire security with traditional solutions and careful, strict procedures, but now we have chosen to modernize the system with clean and fail-safe solution” explains Andis Skele, Director of Baltic Block.

Baltic Block explains that the advantage of N2G generators lies in the fact that they can be installed directly in control and/or electrical cabinets and other enclosed spaces, where it is important to extinguish the fire without damaging hard-ware they are protecting. The fact that N2G generators suppresses the fire with nitrogen, which has no effect on systems, was an important selection criterion.